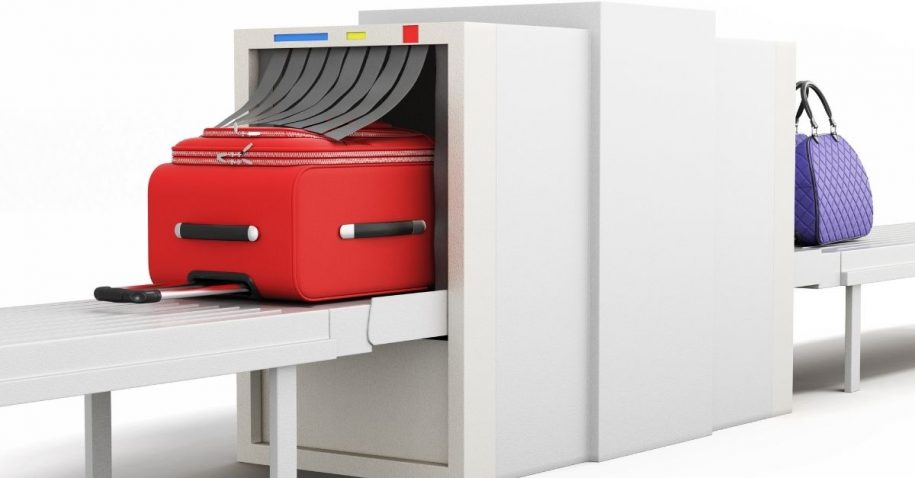 Threat Image Projection is a software program which is either included or activated when X-ray machines are purchased from the manufacturer. The software is used in two main ways and in most cases Security Supervisors can alter the parameters for its use. Essentially, TIP contains a library of threat items such as knives, guns, and explosives devices. When TIP is switched on, if used during real-time screening the Supervisor can program it to insert either a single threat item or a combined threat image onto a bag passing through the X-ray. The operator, when seeing this threat item should stop the bag inside the X-ray tunnel or follow whatever protocol is in the standard operating procedures for that area. If the item is noticed by the operator a message appears on the monitor advising them that it is a fictitious threat. If the threat item goes unnoticed, an alternate message flashes on the monitor to advise the screener that the threat item has been missed.

Threat image projection (TIP) is used in either real-time screening of carry-on bags in airports or as a training aid when there is no screening and there are no physical bags. Security Supervisors can select recorded images of bags which have previously passed through an X-ray machine in their specific area and then select which type of threat image to add. Supervisors can change other parameters to alter the frequency of threat images and the operator decision time. The use of TIP is not intended as the sole means for training and threat identification. Computer-Based Training systems, such as Renful’s SIMFOX are by far the best way to improve screener performance and accuracy.

What are the advantages of Threat Image Projection for airport security screening?

The frequency of genuine threat items in passenger baggage is extremely low. This results in the risk of complacency from the screeners or a lack of concentration. TIP allows Supervisors to improve the performance of their operators by enhancing their focus and concentration as well as exposing them to a variety of threat items. Like all equipment, TIP is only useful if it is used and managed effectively. Data on the screeners’ performance is recorded in the TIP system. Usually, it contains an image of the suspect bag, the time the screening took place and the specific image of the fictitious threat item that appeared in that bag. This information along with the time it took to identify the item (or not) is also important for Security Supervisors to be able to determine if remedial action or further training is needed for individual screeners. Occasionally, individual screeners have been known to tag many or all bags and have a high rate of false alarms. This information is also key in highlighting opportunities for improvement in screeners’ performance and confidence levels. Comparisons between each screener in a particular unit can also be compared. This may highlight a group deficiency in recognising a particular threat item type.

OpeReady offers a range of special security modules, including Threat Image Projection. Raw data can be uploaded by managers into OpeReady, and the system will attach the performance information to each screener’s record in the OpeReady database as well as provide an overall report for an individual security unit. Screeners who do not score well in the TIP evaluation should receive remedial training tailored to their detection deficits, followed by a standardized picture interpretation exam. Ideally, before the conclusion of the next evaluation period, the retraining must be completed satisfactorily. As an additional benefit, Supervisors in charge of large numbers of security screeners will be able to easily identify those screeners who have either not completed TIP training/screening for a given period or see how much time a screener has spent screening during the review period.

AI has revolutionized many industries by making them more efficient and easier to manage. There are many use cases of AI in the aviation industry which have helped improve their safety standards and organizations reduce costs.

For more information about rescue and fire fighter services
Contact Us
FacebookTweetLinkedIn
Comments are closed.
opeready.com uses cookies and collects information from your browser to display your site's content or to deliver relevant ads
Cookie SettingsAccept
Manage consent